Buttonsmith®, Inc. began out of a fourth grade class project on trading Henry completed in 2013 when he was a student at Fall City Elementary in Fall City, Washington. Faced with the challenge of making something to trade at a school trading post, he rejected baked goods ("Mo-o-o-om, the baked goods market will be totally oversaturated!") and instead made pinback buttons to sell to his classmates. His dyslexia had made success in school a real challenge up to that point, so when his products took off he was thrilled!

That summer, Henry moved to selling his products at local farmers markets. In 2014 Henry moved online to sell his products via his website and Amazon. The product catalog grew to include buttons, magnets, lanyards, fixed top badge reels and his newest product Tinker Reel® badge reels, which are with swappable tops. Henry has received a patent on the design.

In 2017 Walmart began carrying Tinker Reel® badge reels in 1600 stores across the US.

As Buttonsmith has grown, Henry has hired adult employees to help and is now up to eighteen employees. In order to facilitate the kind of fast-turn customization Buttonsmith specializes in, we have developed a suite of proprietary software for product personalization and manufacturing.

In 2016 Buttonsmith began introducing custom Prime items on Amazon. These products were made and shipped at the company's offices in Carnation. The success of these first products and Henry's insight at the farmers markets that people love items that are made just for them lead to the development of the first version of the Buttonsmith customization software platform.

By mid 2018, Buttonsmith has grown the custom Prime offerings to several hundred SKUs on Amazon and ships products daily to customers all across the country. We continue to lead the way in bringing personalized products to customers fast, at the speed of Amazon Prime, shipping most the same day they are ordered.

In the spring of 2020 amid the pandemic, Buttonsmith was able to shift the business again to selling cloth masks. As American manufacturers we are able to adapt to changes much quicker.

Henry continues to tinker and brainstorm new products and ideas. He loves to personalize his products with your designs, and the company has built custom software so that we can send you your personalized product quickly - usually within minutes of it being ordered! If ever there is a design you are interested in having on one of his products please contact us and we can do our best to make it work.

We are a 100% union shop affiliated with the International Union of Painters and Allied Trades (IUPAT), which is part of the AFL-CIO. We use environmentally-friendly materials and labor-friendly practices to make our products. 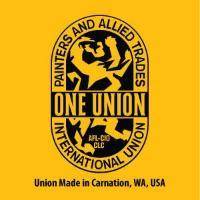 Most orders ship within one business day

We want you to love being our customer!

We respond to email and phone calls promptly

Pay securely through the service of your choice